The dancers emerged onto the blue-lit stage wearing all white. In rows of two — their hands clasped — they slid across the theater floor, threw their arms above their heads and twirled.

In front of them, 2,000 people sat in red velvet seats at the Kennedy Center’s Opera House. But the dancers remained poised — not even the raucous cheering that echoed through the theater could melt the stern looks from the dancers’ faces.

A recent Friday night at the Kennedy Center looked and felt like any other night at the landmark performing arts center: a well-heeled crowd sporting suits and semiformal dresses mingling in the Grand Foyer after the “Swan Lake” and National Symphony Orchestra performances let out. But a few hundred feet south, in a room two levels beneath a glowing public plaza, a capacity crowd was rocking designer sportswear, Air Jordans and, for the guy who jumped onstage to perform Digital Underground’s “The Humpty Dance” with DJ Miss H.E.R., a fake nose and black-rimmed glasses.

Jones plays Diana, the role created on Broadway by Tony winner Alice Ripley, with Dixon as her husband Dan. The two are joined on stage by Dear Evan Hansen alums Ben Levi Ross and Michael Park. Ross plays Henry, with Park playing Dr. Madden and Dr. Fine, plus Maia Reficco, who took on the title role in the recent New York City Center production of Evita, as Natalie, and Khamary Rose (BET's The Bobby Brown Story) as Gabe.

Try finding what you need with these online resources or contact our PR team for additional information and assets for new and upcoming events and announcements.

Looking for information about a show, education program, or institutional announcement? Search through our press releases by topic, keyword, or organization.

Looking for information about a past show, education program, or institutional announcement? Browse our news room archives for press releases prior to July 2019.

Review the annual report, along with a message from Kennedy Center Board Chair David M. Rubenstein and President Deborah F. Rutter. 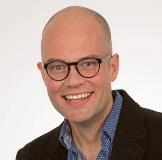 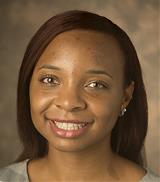