“The Kennedy Center Honors celebrates icons who, through their artistry, have left an indelible stamp on our collective cultural consciousness,” stated Kennedy Center Chairman David M. Rubenstein. “Earth, Wind & Fire’s hooks and grooves are the foundation of a seminal style that continues to shape our musical landscape; Sally Field has brought us unforgettable characters, both joyous and poignant, for more than five decades; Linda Ronstadt is the defining voice of a generation, spanning genres, languages, and continents; Sesame Street continues to revolutionize how children and adults learn about our world; and Michael Tilson Thomas goes far beyond keeping score: he has shaped American music and musical institutions for the 21st century.”

“In this class of honorees, we are witnessing a uniquely American story: one that is representative of so many cultural touchstones and musical moments that make our nation great,” said Kennedy Center President Deborah F. Rutter. “When I look at this class, I see the hopes, aspirations, and achievements not just of these honorees, but of the many generations they have influenced and continue to influence. We’re not just looking back; these honorees are urging us to look forward as well.”

On Sunday, December 8, in a star-studded celebration on the Kennedy Center Opera House stage, produced by Ricky Kirshner and Glenn Weiss of White Cherry Entertainment, the 2019 Honorees were saluted by today’s leading performers from New York, Hollywood, and the arts capitals of the world. Seated in the Box Tier of the iconic Kennedy Center Opera House, the Honorees felt the recognition and gratitude of their peers through performances and tributes.

The Honors recipients recognized for their contributions to American culture through the performing arts—whether in music, dance, theater, opera, motion pictures, or television—are confirmed by the Executive Committee of the Center’s Board of Trustees. The primary criterion in the selection process is excellence. The Honors are not designated by art form or category of artistic achievement; the selection process, over the years, has produced balance among the various arts and artistic disciplines.

The Honoree selection process includes solicitation of recommendations from the Kennedy Center Board of Trustees, the artistic community, and the general public. This year’s selected Honorees were chosen based on the recommendation of the Center’s Special Honors Advisory Committee, which is chaired by David Bohnett and includes David M. Rubenstein, Deborah F. Rutter, Michael Lombardo, Cappy McGarr, and Shonda Rhimes, along with past Honors recipients and distinguished artists Julie Andrews, Martina Arroyo, Gloria Estefan, Herbie Hancock, Twyla Tharp, and John Williams. These individuals play a critical role in the evaluation and selection process, and the Kennedy Center is indebted to them for their involvement.

Watch highlights from 2019, including interviews with the performers and reactions from the honorees. 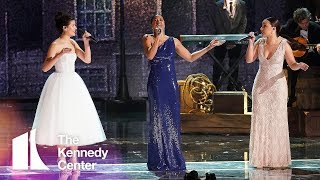 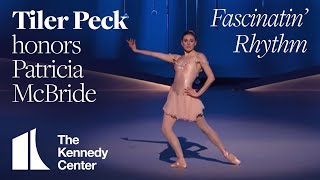 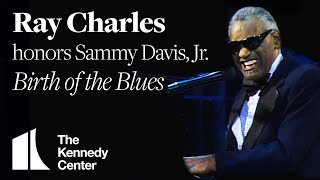 History of the Kennedy Center Honors

Throughout its 40-year history, the Kennedy Center Honors has redefined America's perception of its artistic legacy and reinvented the way this nation rewards its artists. The Honors have been compared to a knighthood in Britain, or the French Legion of Honor--the quintessential reward for a lifetime's endeavor. At the same time, the annual addition of new names to the roster of Honors recipients charts the international standard of excellence set by America's artists, as well as the aesthetic inspiration provided by artists of other nations who have achieved prominence on these shores.

The annual Honors gala is an evening without categories, without disappointments, and without competition. And the Honors telecast, aired during the week between Christmas and New Year's, is a perennial Emmy nominee. It serves for millions of American arts lovers as the year's crowning event, paying tribute to our nation's preeminent artists with performances by the great stars of today who have followed in their footsteps. The complete list of guest performers is kept secret until the show is in progress, keeping both the Honorees and the nation on the edge of their seats.

Throughout the years, the Kennedy Center Honors has upheld a tradition of recognizing the lifelong accomplishments and extraordinary talents of our nations' most-prestigious artists. Find out more about past Honorees by clicking on a name below.

All events and artists subject to change without prior notice.

All ticket prices are subject to change based on demand. Purchase early to lock in prices and the best seats!

Kennedy Center Honors Sponsors
Thank you to the following Sponsors